ARANCIA is a small company dedicated to the production of high performance quality inflatables which are also safe to operate.

What started out as a leisure activity gradually became an obsession. We were determined to design out the faults, problems or annoyances in our craft which most other inflatable manufacturers seem happy with. If you have had experience operating a few different makes of inflatables you will know what we mean. I guess it was this philosophy and be­ing in the right place at the right time that got Arancia involved in Surf Res­cue. 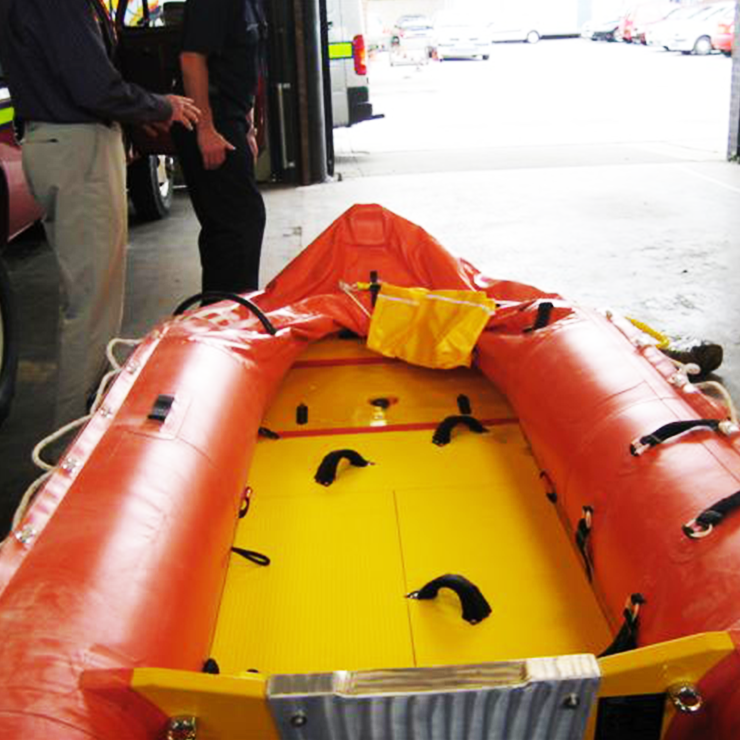 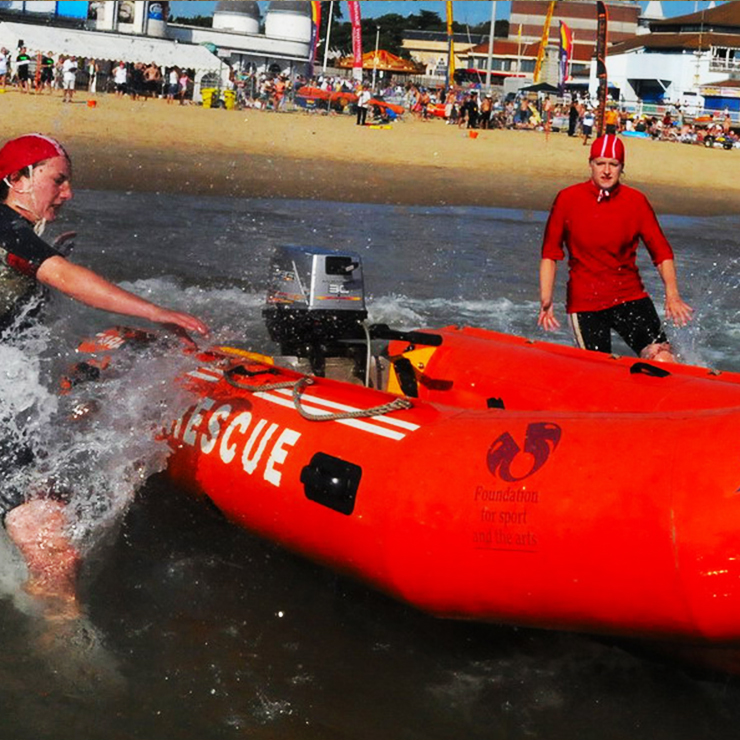 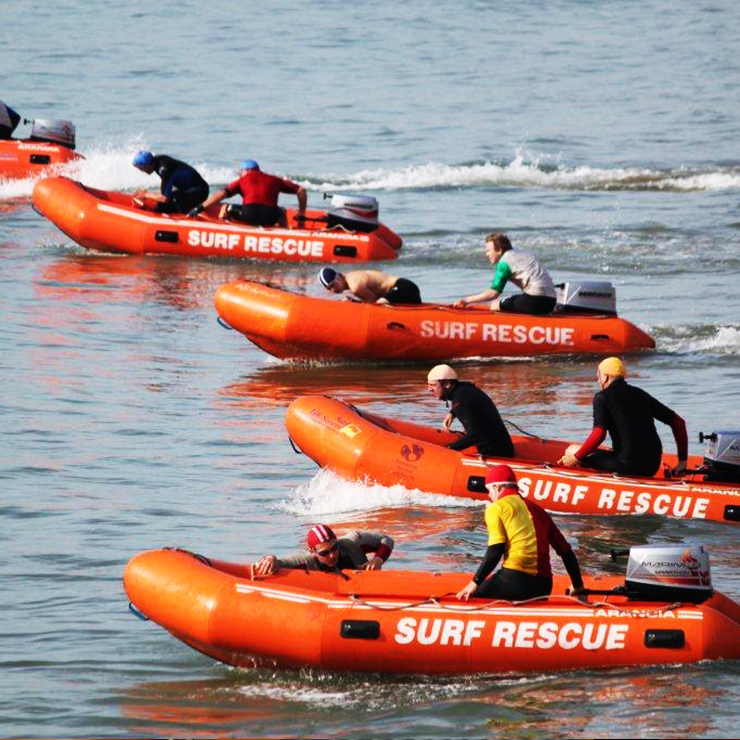 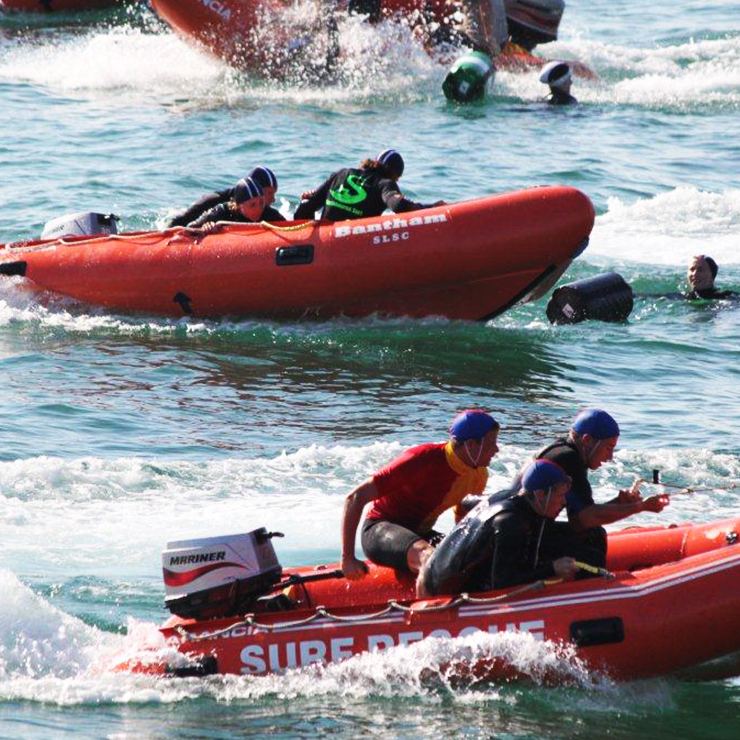 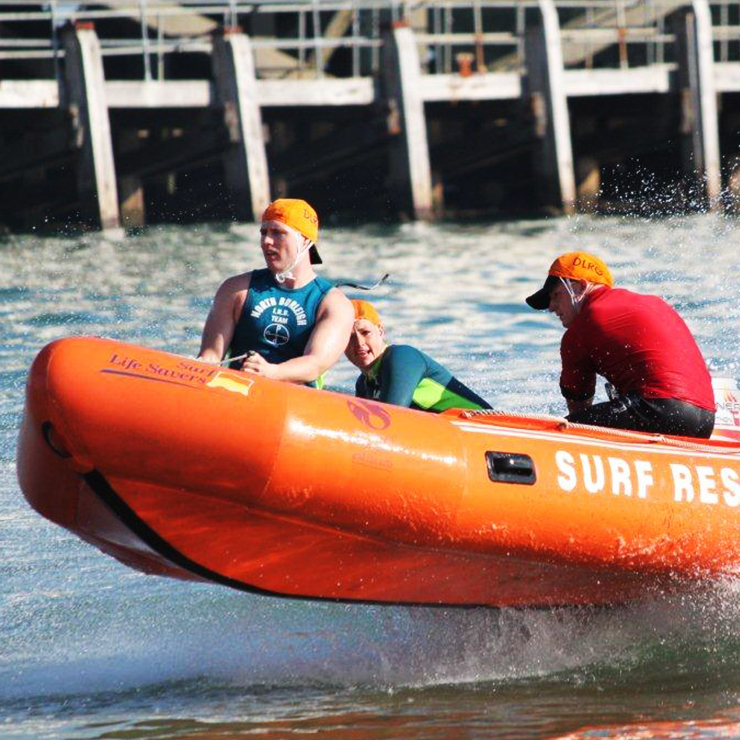 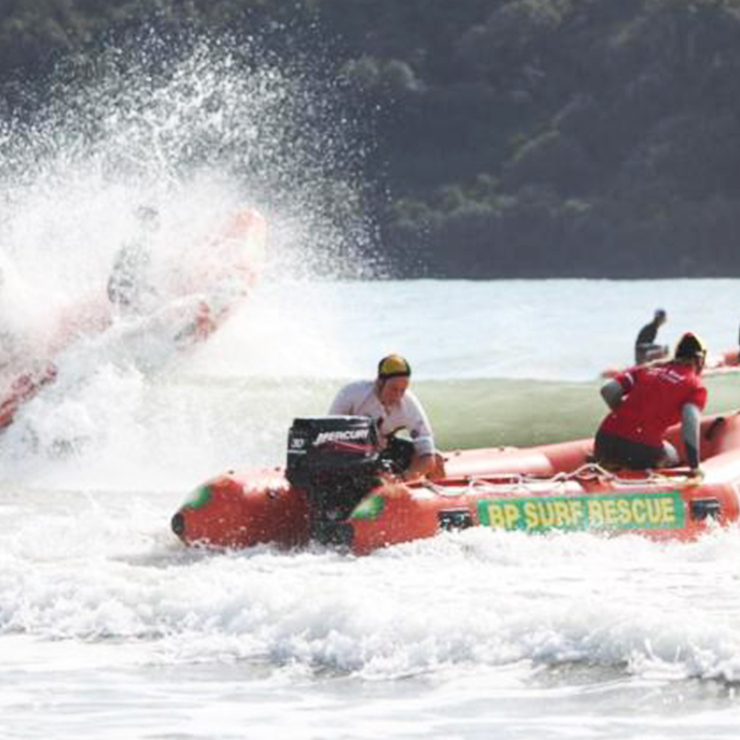 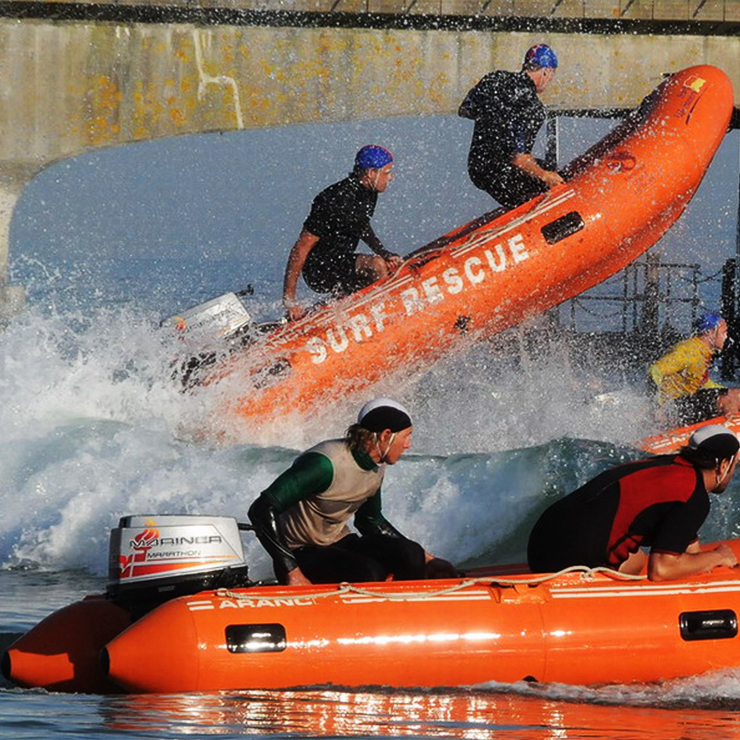 After much rowing back and forth perfecting our small tenders, so to speak, we were ready for other en­deavours. This came about through an approach by several Piha lifeguards while we were exhibiting our craft at the 1978 Auckland Boat Show. They informed us of sea trials of inflatable rescue craft at Piha by NZ Surf Life Saving Association personal and an Australian delegation. We dropped everything and drove to Piha only to find the evaluation of surf craft had finished and one half orange converted H umber sport boat lying on the beach. We didn’t even get to speak with the organizer (National Powered Craft Of­ficer Don Wright). However, he did call on us at the factory the following week to view our 3.8m sport and dive boat. Having failed to persuade Don to trial our craft even with extensive modifications, we agreed to design a craft specifically around surf use.

This first Arancia IRB prototype was delivered to Piha in November 1978 and within hours of being launched was involved in rescuing a swimmer who had been washed up onto the rocks. Although this craft performed well in varying conditions at different beaches over the 78/79 Summer, Don was not happy so we agreed to rede­sign the Arancia. Prototype No.2 was designed, built and delivered in time for Don to take to the 1979 Christchurch SLSA National competi­tions. When he returned we were given the thumbs up, this craft dis­played the characteristics he had been looking for. Following an evaluation of the craft in New South Wales (winter of 1979) where the Arancia received favorable comments, we received our first or­ders.

These first three production craft were a refinement of the second pro­totype and we delivered these craft in October 1979 to Taylor’s Mistake, Waikuku and Waihi. From this point on Arancia has involved itself 100% on producing rescue craft for surf use and we hope to continue playing a vital part in the development of surf rescue craft in New Zealand, Australia, Indonesia, United Kingdom and United States.